I know you’ve all been waiting for my take on the Donald Sterling situation. It just so happens that for six years I lived in a Santa Monica, California apartment building owned by that very, very bad boy. I was in-between unsuccessful marriages at the time and living with a girlfriend who worked for your Los Angeles Clippers. As part of her deal she got to live in the apartment and now it’s decades later and she still lives there and DS still owns the building.

Contrary to the slumlord label so recently attached to the now very tarnished Sterling, this joint was located two blocks from the ocean, was extremely well-maintained and just dandy in every respect. Privately, Sterling might say that was because there were no blacks or Hispanics living in the building. As I recall, everyone who lived there was named Joan or Mitch – that might even have been a rule. I answered to Joan or Mitch the entire time I lived there except for a few months when I insisted the other tenants call me either William The Conqueror or Annette Funicello. (Bonus factoid: A few years ago the fugitive gangster Whitey Bulger was apprehended living directly across the street).

As the boyfriend of a Clippers employee, I attended many team parties including a couple at Sterling’s beachfront home in Malibu Colony. Merv Griffin was his neighbor on one side, Bob Newhart on the other and Larry Hagman’s place was three doors down. My only memory of either evening is that the appetizers were terrif. So say what you will about the man, but know that he never skimped on bacon-wrapped chicken livers. Sort of missed THAT fact, didn’t you, national news media?

The real news is my new book. It’s just getting into the hands of the American people now and the reviews are all raves. Why haven’t YOU ordered it yet? Be good to yourself and buy your copy today. New copies are NEVER going to be any cheaper because only Pendleton Woolen Mills and I are selling new copies and the book is well worth its cover price. No expense was spared – everything from paper to binding is first-class…it weighs close to five pounds! Maybe three years from now you can buy a discounted beat-to-Hell copy some heathen has scribbled an olive loaf recipe into, but is that really what you want on your library shelf? No, damn it, you’re better than that and you’re certainly better than Donald Sterling.

Check out pictures from last month’s Blanket Of The Month entry to see some pages from Still Chasing Rainbows. That’s all you’re getting for free! It’s not like I’m being forced to sell my NBA team for a billion dollars or more, you know.

Here’s the buying link from PayPal. Clicking on it does not immediately purchase the book. It just links with the page you fill out your info to buy. If you do buy l’ll get your book in the mail FAST and then let the post office work their magic! 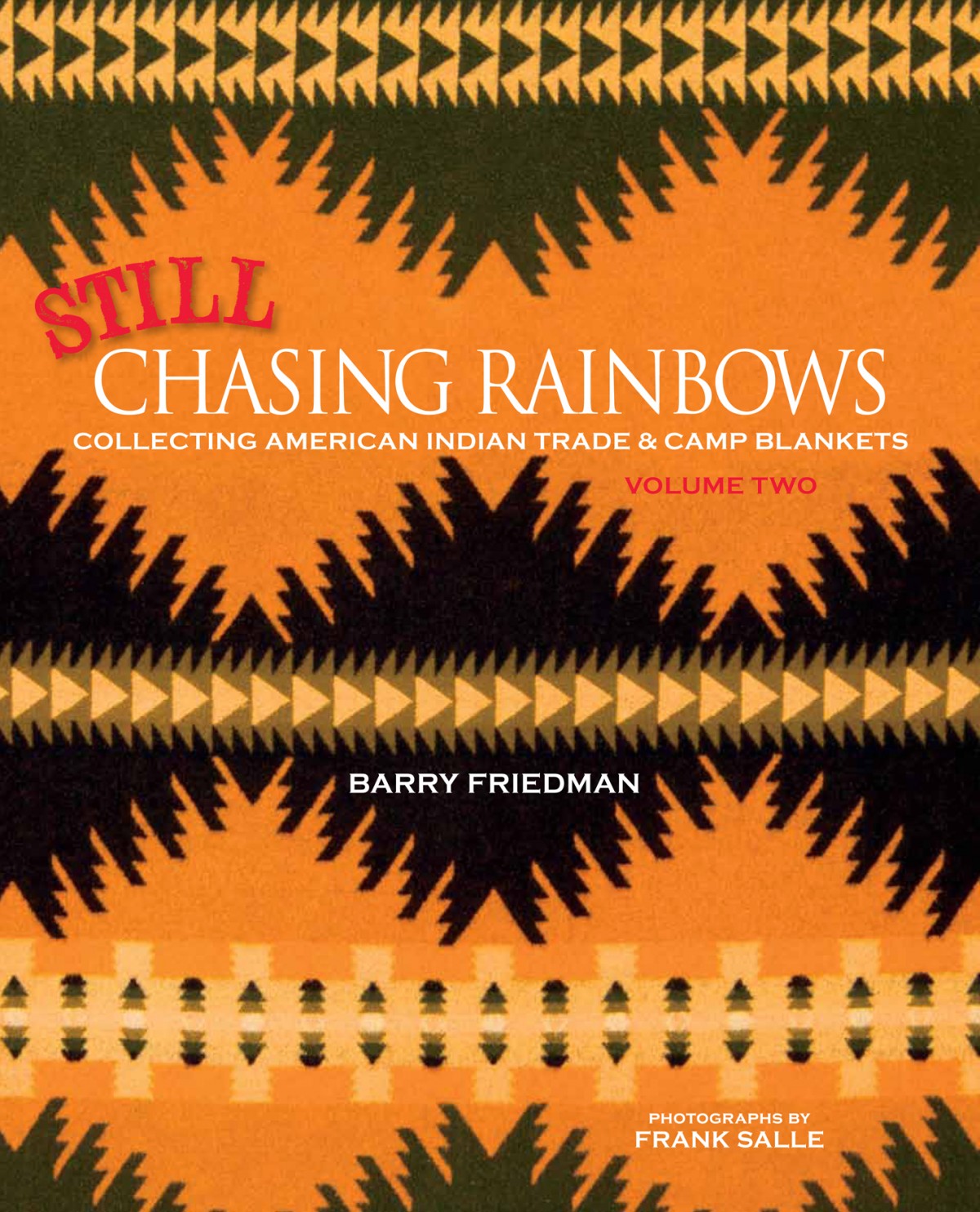