When people ask why no Blanket Of The Month and it’s already December 12th,answer with one simple word – MANILOW.  Here’s  the  Manilowdown!!!!

Sure, I write the blogs the whole world reads, but Manilow scribbles the songs the whole world sings although ironically he didn’t write “I Write The Songs”, which just happens to be the tune I hate more than anything I’ve ever heard.  He’s the Rodney Dangerfield of music – no respect, I tell ya – he’s sold over 80 million records and yet in 2006 Australian officials blasted his music from 9 p.m. until 12 every Friday, Saturday and Sunday night to discourage teenage gangs from congregating in a residential area..

So when a free BM concert ticket was offered to me, I had to say yes.  If you want to have a Barry little Christmas, you don’t say no to Manilow! My immediate thought was who could possibly be opening for the legend?  The Captain and Tennille?  Miss Helen Reddy?  The late John Denver?

Barry’s career began in the mid-70s and peaked in the 80s so I knew it was going to be an older crowd. The fact it was ALL handicapped parking was a clue.  I’ve been to many concerts where people arrive by limousine – this is the first where everyone arrived on gurneys.  I didn’t know whether the crowd would actually applaud or just use The Clapper.  I’m 65 and everybody was affectionately pinching my cheeks, patting me on the head and calling me “Kid”.

I settled into my seat trembling with anticipation and politely declined the complimentary IV drip and defibrillation the rest of the audience was enjoying.  I thought it’d be a nice gesture to acknowledge the people sitting on either side of me and flashed them my friendliest smile. They were both dead.  Hey, more Manilow for me.

Next thing I knew my main Manilow was belting out his first number and as if seeing him on stage wasn’t enough two giant TV screens flanked the stage and he was GIGANTIC Was he Manilow? Was he Mandingo? I didn’t care – I  Maniloved it!

Let me try to describe the wonder of the plastic surgeon’s art that is Barry Manilow’s noggin.  Frankly, the face lift didn’t go well – when not in concert he poses as himself at Madame Tussaud’s Wax Museum. His cheeks are colossal – apparently he had weather balloons implanted in them.  What I really marveled at is the color of his face – at first glance it seemed the hue of slightly undercooked veal, but upon closer inspection it’s kind of a reddish, pinkish, dusky rose with bewitchingly subtle flecks of salmon. At some point he clearly was flash frozen at sea.

Have I mentioned his hair? He’s 69 years old and sports a remarkably full head of sandy brown locks so I’m thinking somewhere in India there’s a totally bald woman chanting “Looks Like We Made It”.

I could go on forever about this absolutely delectable cheeseball, but he gave me two hours of rock-solid entertainment and in all fairness I have to pay him the ultimate compliment… like Mandy herself he came and he gave without taking.

Obviously that explains why I couldn’t write about blankets until now, but I don’t plan to wait one moment longer.  From the Allison Bellows collection comes this fabulous pattern from the Knight Woolen Mills of Provo, Utah.  Doesn’t it make you beam?  I certainly hope so, because you know I can’t smile without you… I can’t laugh and I can’t sing…I’m finding it hard to do anything.  I’ll see all of you at the Copa! 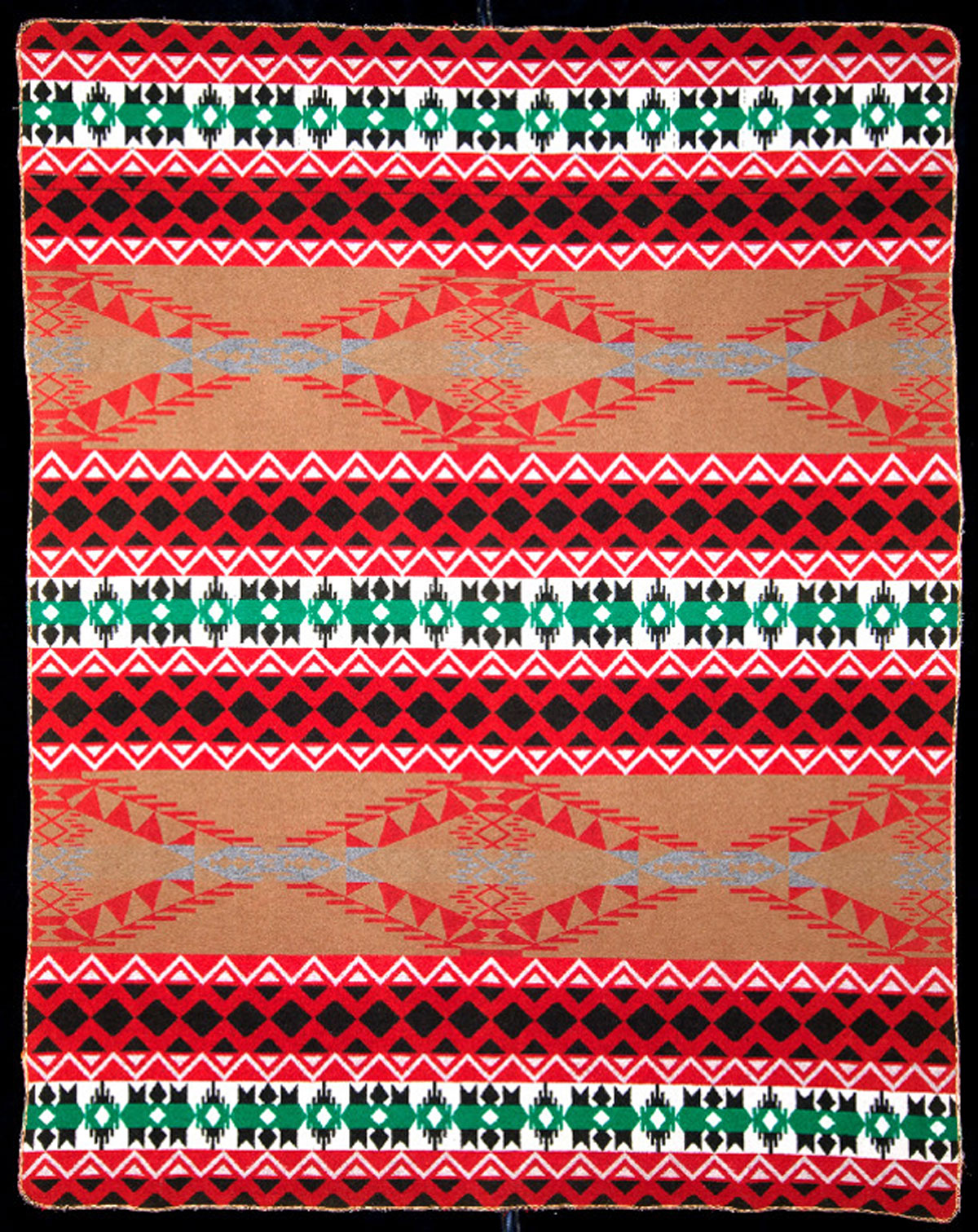